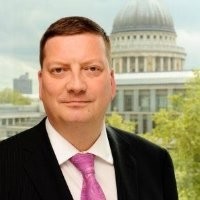 We are delighted to announce that Robert Coles has come on board as an Advisory Board member to support ThinkCyber.

In Robert’s own words:

“I’m delighted to have taken up the position of Advisory Board member.

Experienced CISOs know that phishing simulations have limited effect and that we can all fall for tricks when vulnerable; awareness campaigns only work for a short period before people forget the messages; and everyone hates computer based training!

What I like about Redflags™ from Think Cyber is that messages can be tailored and delivered “in-the-moment” as someone is about to do something risky.”

Robert has over 30 years of cyber security experience and has held a number of Chief Information Security Officer positions, including for the NHS and health and care system, GSK, National Grid and Merrill Lynch.

He is also an Honorary Professor at UCL and Visiting Professor at Royal Holloway, University of London. He adds his ThinkCyber advisory board role to a number of commercial board positions including Chair of the Crossword Consulting Ltd Board, Chair of the Crossword Cybersecurity PLC advisory board, member of the advisory boards for a UK bank, a US pharmaceutical and the Government of Singapore Ministry of Health and member of the Tech-Nation Cybersecurity judging panel.

Prior to these CISO roles, he held a number of “head of” roles at Royal Bank of Scotland, and was the first lead partner, and set up, KPMG’s Information Security Services for EMEA.

Robert has extensive links with major industry information security networking groups and government security agencies.  He also has links with a number of universities and participates in leading edge research, particularly with Royal Holloway where he is an Executive Sponsor for the Institute of Information Security Innovation, and Cranfield University where he is an executive sponsor for the Cyber Masters Programme. He was awarded a PhD in psychology by the University of Leeds for his work on the perceptions of information and IT risk and has published and presented on this and other topics.