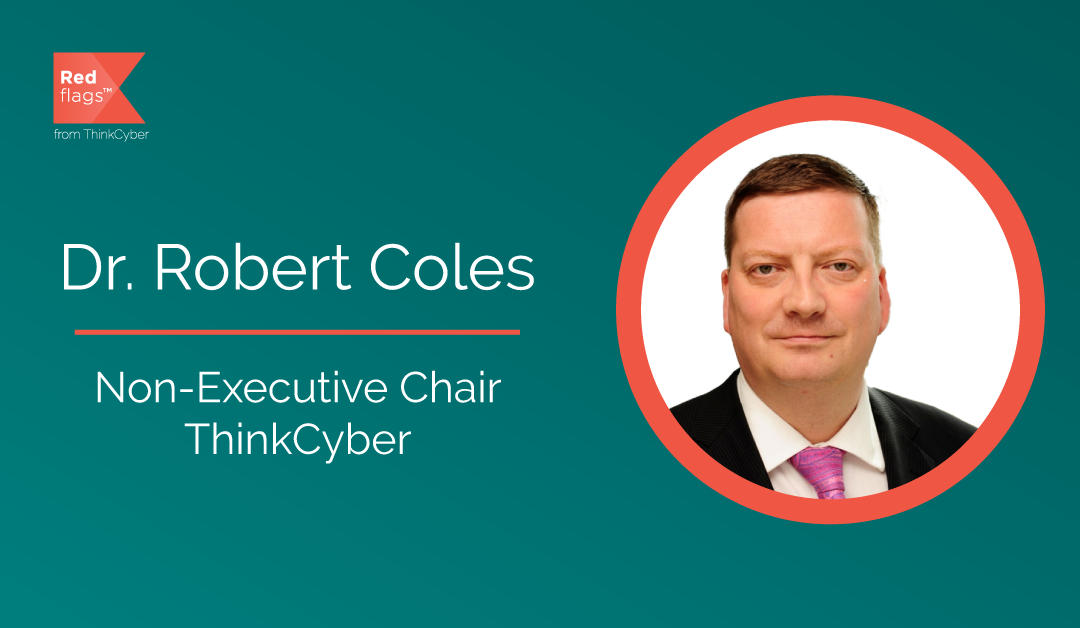 Think Cyber Security Ltd (ThinkCyber) have confirmed the appointment of Dr Robert Coles as Non-Executive Chair. Robert brings three decades of experience to the role, having previously headed cyber-security efforts across a number of major brands as CISO of GSK, NHS and National Grid and Merryll Lynch.

When 90% of cyber-attacks start with the human user, and technical controls can never be fully effective, organisations need their staff to be the last line of defence. But traditional approaches to awareness such as computer-based-training are simply not working, research showing that less than 15% of people change their behaviours. ThinkCyber deliver secure behaviour change for their customers. Their multi-award winning Redflags™ software applies behavioural and learning science to uniquely deliver truly real-time, context-sensitive security interventions and guidance – empowering people to protect themselves.

Having closed a seed investment round at the end of 2021 and won techUK cyber Innovator of the year, ThinkCyber have moved into 2022 at pace, being selected for Accenture’s prestigious FinTech Innovation Lab 2022.
Robert’s appointment is well timed to strengthen the leadership team as ThinkCyber scale this year.

Robert initially worked at Big Four firm KPMG, specialising in information security before being made Partner in 2000. He ended a 14-year spell with the company in 2003 to join Royal Bank of Scotland as Head of Consultancy, Governance, Incident & Threat Management. Coles had a succession of similar roles at Merrill Lynch, Bank of America, and as CISO at National Grid, GSK and NHS. Coles is also a Non-Executive Director of Crossword Cybersecurity PLC and Chair of their Consulting Subsidiary. He is also a Governor and Board member at the University of Brighton and an Honorary Professor at UCL.

Commenting on his appointment, Tim Ward, CEO of ThinkCyber said, “Robert is somewhat of a celebrity in the world of Cyber Security with his incredible experience as a CISO in some amazing organisations. With Robert on board, we have an experienced hand to support the team as we scale in 2022”.

Robert explained why he wanted to work with ThinkCyber, saying “ThinkCyber’s Redflags™ product is unique in the market. It flags to people when they are about to engage in risky activity, allowing them to pause and think about the risks before going ahead. I am proud to be joining this innovative company at such an exciting time in their development“.